A rendezvous with the leader of leaders 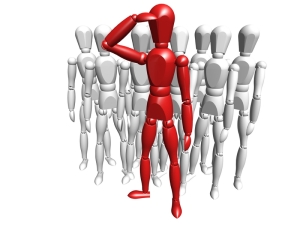 Don’t take my words for it… Michael Hart, George Bernard Shaw, and of late, even Deepak Chopra has conferred this title on him- The Leader of Leaders.

And this legend once told his loyal followers that he was yearning to be reunited with his brothers.

Upon hearing these words, the companions said: “O Messenger of God! Are we not your brothers?”

“You are my companions. My brothers are the believers who will follow me without even seeing me. He continued-“And I really look forward to welcoming them on the Day of Judgment”

He was referring to us– Every human being who chooses to follow the practices of this exemplary role model.

In addition to being showered with the blessing of meeting the leader himself, being his follower will also improve your leadership skills phenomenally which will help you to win over every challenge that you face today in every area of your life.

Skeptical? Let me try to give you a few examples. I don’t have the luxury of time. But if you can invest ten minutes and read through to the very end of this post, you will get 11 solid tips that can awaken and/or develop the leader in you.

1) Set the most challenging targets for yourself: This leader taught us to seek the highest honors in this world and in the hereafter. He taught us to crave and pray for nothing less than the highest ranks in heaven.

2) Keep trying till you succeed: In the 23 years that he took to realize his mission, he would have failed a hundred times. But he learnt from his mistakes and improved his approaches to get the result he wanted. Even when he met god almighty, he went back to him repeatedly to get the decrees that he wanted. His famous message to Ali was- Keep fighting till god gives you victory

3) Be the most positive person in the world: This comes through submitting completely to the will of almighty god. He braved tremendous odds and took up unbelievingly challenging projects with absolute faith in god. Every win and failure was seen as a blessing and steps forward.

4) Build a team: He took decisions only after consulting with his team. He changed decisions when his team disagreed. He empowered even the youngest of them by giving them responsibilities and he supported them all the way. Even after winning back his motherland, he preferred to stay back with the team that supported him. Even when it came to fleeing for his life, he started only after all his followers were safe.

5) Show integrity: Whatever he preached, he practiced. Be it fasting, praying, simplicity, he was miles ahead of his followers. Even his worst detractors had to appreciate his truthfulness.

6) Forgive!!!!!: He was a leader who forbade revenge. Though he was hounded and wounded by his enemies and though countless followers were killed in unprovoked attacks, he chose to forgive all the perpetrators after he won over them. From positions of extreme strengths and invincibility, he showered forgiveness on his enemies, converting them to followers instantly.

7) Be Fair: When it came to appointing people or distribution of wealth, he made sure that the best man for the job was appointed regardless of race or position. He said that unfairness is a sin against god, his prophet and all humanity.

8 Give !!!!: Though he became the undisputed lord of Arabia, he died as a pauper as he had given away everything that he had. He and his family used to go hungry after giving away even the little morsels that they had.

9) Communicate effectively: Even when he was faced with criticism, he would patiently listen and explain his position. In his life, he never showed aggression. Though he was provoked a million times, he never ever became angry. He would always be the first to appreciate and the last to criticize. He was so persuasive that his detractors used to cover their ears in his presence, fearing that they would be convinced as well. It was this ability that made him the beloved leader of a nation that rebuked him for ages.

10 Be Humble: He was always the first one to offer his hand and to greet others. In any gathering, he would never sit in a conspicuous position that signifies authority. He forbade people from getting up to honor him.

11) Be a 360 degree success: He was supremely successful in every role that he played- professionally as a spiritual leader, political leader, judge, army general and a plethora of other roles. Personally as a father, husband and son he has given examples that would guide each and every one of us. Even years after the death of his wife Khadija, he would visit their relatives. He found time to play games with his wife and fondle and caress his grandchildren. He would visit his friends if they were ailing and would be available for anyone who wanted to see him at any time.

I could go on and on. But the point is this. Read about this leader. Follow him. And you will succeed in your job and in your relationships. You will attain peace of mind and contentment. And what is more- you will get to be with him- in soul and spirit for ever…..in the hereafter.

Which Life Position do you exude?

“Life Position ???? …..what is he up to this time ?”, you may be wondering. It’s just a sliver from this amazing psychological theory called Transactional Analysis.

When you were crawling around your house in your best birthday suit, you took a basic decision about yourself and all the people around you. The way you perceive yourself and the rest of world and the way you behave therein is based very much on this basic stance that you took before the age of 2.

These are four positions, one of which you have taken. They are…

It is said that by default we are all born with an “I am not OK, you are OK ” stance. Understandable. Because we were all born pretty helpless and tiny into a world of giants. We could do nothing on our own and we depended on these giants for everything. So we assumed that there is something fundamentally wrong with ourselves, though all others are perfect.

Once in a while these giants (one of them in particular) took us in her arms, fed us, kept us warm and whispered sweet sounding things . During this process and for some time after this, we felt different and we changed our stance to I am OK, you are Ok. When the fondling became irregular or seldom or when we were denied of something (food, dry nappy), we switched back to the default stance.

After a few months, we started crawling around and became explorers. And we got hurt. We bawled!!!!!!!. In certain cases no one was there to attend to us and comfort us. So we took another position. I am OK, You are not OK. We assumed that there is something wrong with people around us. They cannot be trusted or relied upon.

In extreme cases we were neglected all together or we were punished so badly that we took up the fourth position- I am not OK, You are not OK. There is something fundamentally wrong with me and all others. People are unreliable, untrustworthy and wrong in so many ways ….

Though we would all have taken these 4 stances at different stages of our childhood, we adopted a fundamental stance by the age of 7 and this decision that we took rules us and influences every bit of behavior that we display today.

As adults too, we shift across all these positions, but in times of stress and duress, we go back to our fundamental position and operate only from there…..

I believe that I am not OK, you are OK, I will get away from others and hide myself. I will feel inferior. Will not fight for my rights and will feel depressed.

I believe that I am OK, you are OK, I will be open with others and will welcome openness from others. This is a position of maturity and assertiveness.

I believe that I am not OK, You are not OK, I will not have any hope. I can never be OK, nor could you give me what I need. This leads to a state of futileness.

I believe that I am OK, you are not OK, I will be paranoid and will try my best to get rid of you to be OK. I will boss you around. Treat you like ^%&^ and will try to destroy you ruthlessly.

Without saying much, it is obvious that the best stance to take is I am OK, You are OK. This is where you respect yourself and the rest of the world. You will first listen to others and seek to understand and only then try to make others understand. This is the position that creates true WIN-WIN situations.

Which Position are you in and how can you get into the I am OK, you are OK track…. Well!! As always… Read on………