Greatest success secret of all times 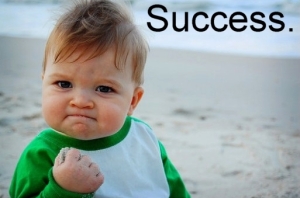 This post is heavily inspired by an article by a brother who prefers to be unnamed. May god almighty accept his inputs and the inspiration it provides as righteous deeds.

“So do not weaken and do not grieve, for you will indeed be superior if you are truly believers.”
[Al-Quran 3:139]

This verse was revealed to prophet Muhammed (PBUH), soon after the believers suffered a stunning defeat in the Battle of Uhud at the hands of the transgressing tribes of Makkah . It was revealed as an encouragement and reminder to the defeated pious. As a student of Self Improvement and actualization, I see it as the greatest success secret of all times.

This is what Umar bin Al-Khattab (RA) had to remind Saad bin Abi Waqqas (RA) before the battle of Qadisiyyah- “Fear your sins more than you fear the enemy as your sins are more dangerous to you than your enemy. We believers are only victorious over our enemy because their sins outnumber ours, not for any other reason. If our sins were equal to those of our enemy, then they would defeat us due to their superior numbers and resources.”

Let us restate the obvious here. Victory and defeat, gains and losses, and successes and setbacks are not decided by money, resources, numbers or skills. Rather, they are decided by the degree of obedience that we show to the will of the almighty. The more we obey him, both individually and collectively, the more we hasten His Victory. The more we disobey him, the more we delay the arrival of His Victory. The sin of just one of us can delay victory for the entire community. It is very easy to blame external factors for all the injustice happening around us. It has become our second nature to blame “them” for our woes and worries. But the truth is that we have only ourselves to blame.

Look at us and our pathetic state. We have abandoned prayer. We are too stingy to give even obligatory charity. We prefer to go on holidays than on pilgrimages. We drink alcohol, we use and supply drugs ,we cohabit outside wedlock, we steal, we lie, we cheat. We are quick to spend on fashion and luxuries but slow to spend on orphans and the needy. We fail to utter a single word, let alone raise a finger, when we see our fellow beings being tyrannized. We waste our lives watching television and clicking “I like” icons on Facebook. We are too busy to fulfill our responsibilities as vicegerents of almighty god on Earth. And after all this (and more), we have the audacity to wonder why justice and truth doesn’t win over aggression and evil. 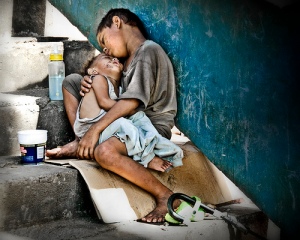 Every sin we commit delays the arrival of Victory of truth over falsehood, good over evil. Every prayer we delay extends the agony of an innocent somewhere. Every drug we take allows another sister or daughter to be brutally dishonored. Every hour we waste allows the poor and needy to be exploited more. Every time we even gaze at something forbidden, we place an obstacle in the path of victory of good over evil. Let us understand this clearly. A sin is not a ‘private matter between us and god’ but one sin can make the difference between victory and defeat for Truth and Justice.

Le us remember God’s Promise: “So do not weaken and do not grieve, for you will indeed be superior if you are truly believers.” He promises relief, assistance, superiority and victory on the condition that we are true believers. If untruth and evil prevails today, it is not because God has gone back on his promise, it’s simply because we have ceased to be believers.

2 responses to “Greatest success secret of all times”