He who angers you conquers you….. 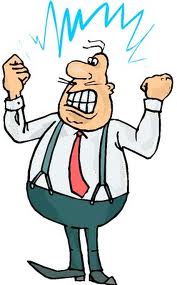 I am pretty sure that you wouldn’t disagree with the title of my post. If a teeny weenie child does something that doesn’t feature in your list of acceptable behaviors…. would you allow hot steam to gush out of your ears ? I doubt it. But if the same thing is done by an adult who could match your biceps and triceps fiber to bulge….. it would be a different story altogether. And If the offender fits in the heavyweight and you are in the featherweight category, it would be a third story. I am not suggesting that Anger is a bad thing. Getting angry at the right person for the right purpose to the right degree at the right time is indeed a very good thing. But we often do just the opposite.

To make a long list short, let me put it this way. Anger isn’t bad. But Aggression during anger is….And this behavior comes from the same instinct that our forefathers who lived in the jungles once had. They used to paint their faces red and plant bones and plumes into their unwashed hair, to scare potential opponents away. So even today we try the same antics… this just proves that Aggression is really fear in disguise. So if you scream at your wife, it is another way of telling her that you are scared of her. I am sure that my loyal male readers would scoff at this suggestion. Come on, let us be honest. Fearsome lions we are for sure. But inside our dens, it’s another story… 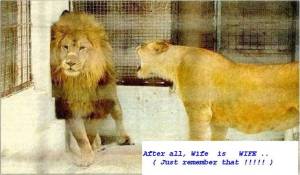 Sick jokes apart, Medical research tells us that a person with continual episodes of anger has a five-time greater chance of dying before age 50. Divorces, Job losses, broken ties and relationships….. In other words, ANGER is just one silly letter away from DANGER.

“And march forth in the way to forgiveness from your Lord, and for a Paradise as wide as the heavens and the earth, prepared for the righteous; those who spend in prosperity and in adversity, repress anger, and pardon men. Verily, Allah loves the good-doers-The Family of Imran Al ‘Imran Aya 134”

I am sure that you are all in perfect agreement with me so far. And all of you want to interrupt to tell me “THANKS FOR THE LECTURE. NOW TELL US- HOW ON EARTH CAN WE MANAGE OUR ANGER ?, especially since we run into million provocations of every hideous variety every day”

Well, there are many effective tools. Learning and applying Transaction Analysis is one of them (I will cover T.A in a subsequent post Insha allah). But today I want to introduce you to the Great Anger Log, a surefire way to become aware of your anger triggers and an even greater way to learn how to manage it. It’s a very simple tool..

Find a cozy corner, take a steaming cup of coffee and proceed to fill up this table. Take your own sweet time. Make sure that you cover the most frequent anger triggers and map your behavior to these (You will not be impressed). Then go on to rack your brains and come out with alternate ways of behaving non aggressively to each of these triggers. Just by doing this, you automatically program yourself sub consciously to remind you each time this trigger happens. And you will be surprised to find yourself responding differently.

Keep revisiting the log and adding on to it. In due course of time, you will find yourself deleteing entries as you would have taught yourself to respond gracefully to certain triggers…. Give it a try. It’s definitely worth the effort.

Let me leave you with this Saying of Prophet Muhammed (PBUH) about anger..

Allah’s Messenger said : a believer is never allowed to stay angry with his brother over three days, because if he who does that, he will go to hell (FIRE) . (This is reported by Abu Dawood)

2 responses to “He who angers you conquers you…..”